Okay so maybe I didn't post this Thursday because I was chilling on my Diwali holiday. Is that a crime? Well, I definitely wasn't out there bursting crackers ( don't get me started on what a crime that is, not just to us but to the earth and living organisms in it).

I don't even mind the real small silent crackers and I can understand the fascination with the big ones that go up in the air because they look pretty. But those long string ones that just make a lot of noise and emits smoke..what is up with that??

I promised myself I wouldn't make this post all about how firecrackers suck for the environment (because then I'd go on and on) but I really couldn't help myself - especially after seeing the kind of things being shared on the social media this Diwali. There were your standard have-a-safe-Diwali memes, then the cut-down-on-crackers ones, control-noise-pollution ones, reduce-air-pollution ones, regular neutral Diwali wishes and then to my shock, Anti anti-cracker ones.

Some may think I'm overreacting, but seriously? It wasn't even the post itself that irked me; it's the comments that just drove me nuts. One person said being against crackers is being against Hinduism (Right, like no one has fireworks for Christmas, New Year or anything). Another gave statistics saying the polluting effect from Diwali is nothing compared to blah blah blah. Who said anything about it being more polluting? It's just that the earth has enough problems already. And then there are the poor animals who we share space with us wondering what the hell is going on around them.

Like I said, I could go on and on. So I'm going to share what I share every year on Diwali - Michael Scott's "Diwali song" from the US hit TV series "The Office", only this time I'm doing a version of my own. 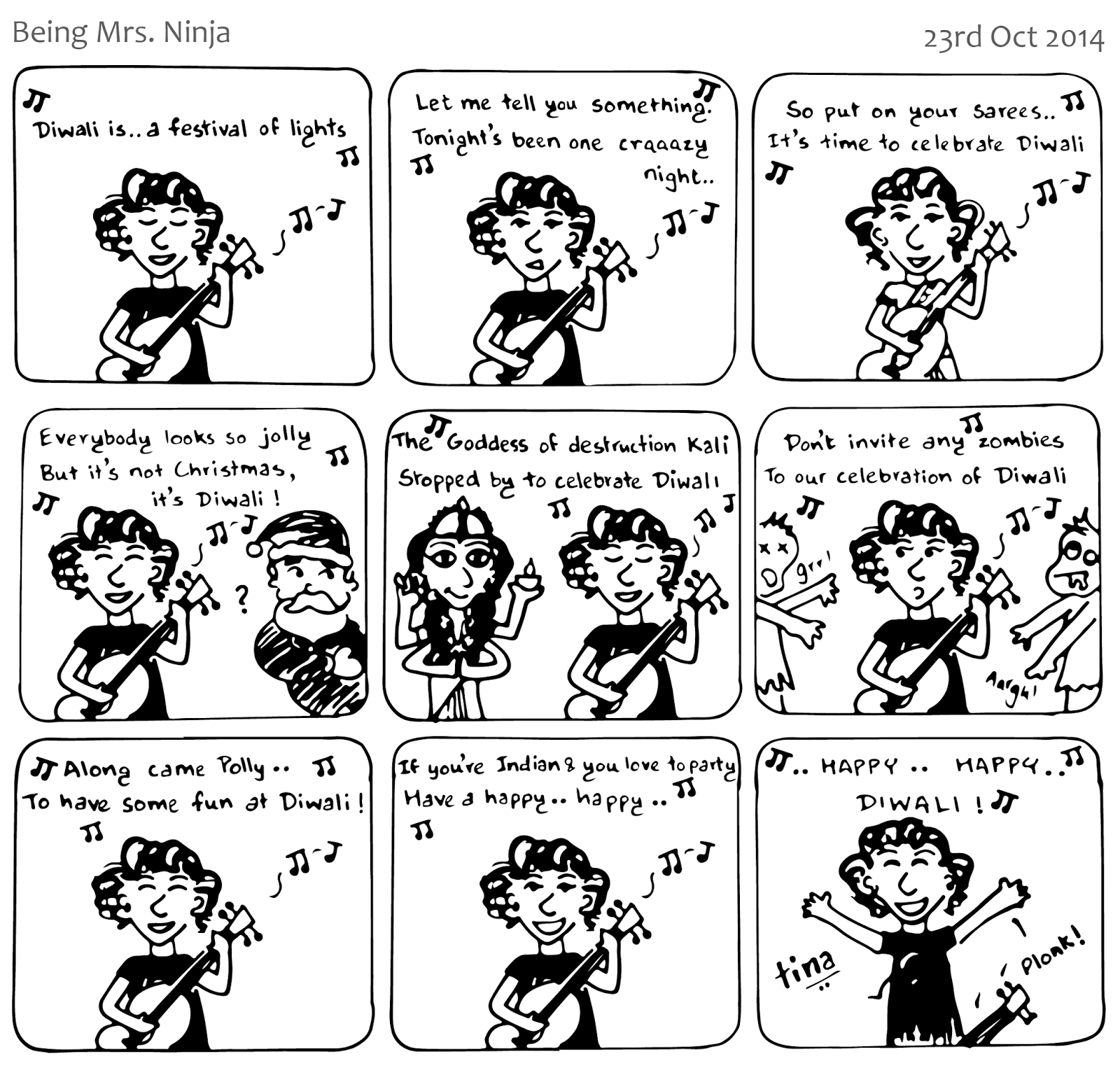 Disclaimer: I don't own "The Office". Or the Diwali song. Or the lyrics. Heck, I don't even play the guitar! I just like to draw.

If you want to see the original video, go to: https://www.youtube.com/watch?v=_B5i6DC2BtM

P.S. Sorry about the delay. Holidays can make me lazy. Cheers!
Posted by Daughter of the Cut-Forest at 11:36 PM

Daughter of the Cut-Forest
I like to keep myself busy. Oh, and dinosaurs.